What All Citizens Should Know About Citizen's Arrests

Shouting "citizen's arrest" may good for a few laughs but you really can arrest someone under certain circumstances. If you are not careful, however, the case can end up in a different type of court. Read on and learn the rules so that you can protect yourself and take action when you become a victim of a citizen's over-zealousness.

Understanding the Law and Crimes

It stands to reason that most people have only casual knowledge about the legal aspects of making an arrest. Law enforcement authorities aren't lawyers either but they do understand how to carry out a legal arrest. Your basic citizen may only think they know the law and that can lead to some unfortunate situations. The news is full of citizens using authority they don't have to assault and illegally detain people in the name of a citizen's arrest.

The problem revolves around what does and what does not constitute a crime. What a crime is in one state may not be in another. The crime has to be observed – just hearing about it and then trying to act on it won't work. Then, after it's determined that a crime has been committed, you must be 100% certain that the person you are arresting perpetrated that crime. Threats are illegal but a citizen's arrest cannot rest on threats, rumors, gossip, or suspicions.

Do you know your felonies? It's safe to say that, unless you are involved in law enforcement or the justice system, what is and what is not a felony is a bit fuzzy. The felony question is important because citizen's arrests are only legal if a felony is being (or about to be) perpetrated. While what is a felony can vary in some places, murder, rape, kidnapping, arson, and robbery are a few of the more common felony offenses. In most cases, non-violent crimes like fraud, drug sales, and traffic violations are not felonies and citizens should not attempt to make an arrest.

Did It Happen to You?

If you have been the victim of an unwarranted citizen's arrest, you may be able to take legal action against the perpetrator. The alleged crime may be one that you were never charged with. In fact, law enforcement may have declined to arrest you for the alleged crime at all. That doesn't mean, however, that you did not suffer from the allegations. Any time you are prevented from moving freely, that is assault. If you were touched, that may be battery. These are not just crimes but potential civil cases against the citizen that attempted to arrest you. Speak to a criminal defense attorney about the situation and find out about your losses and compensation for what you experienced.

To learn more, reach out to a company like Maruca Law. 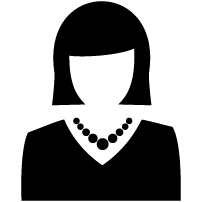 Family attorneys are hired to help families through all sorts of things. Everything from divorce, child custody and adoption can be handled by a family attorney. If you are planning to adopt a child, you will need an attorney to help ensure that everything goes well. There are so many documents that need to filed, inspections to be performed and approvals to receive. This blog will cover all different kinds of cases and situations that a family attorney may be able to help your family with. Everything from the good to the bad will be discussed right here on my blog.